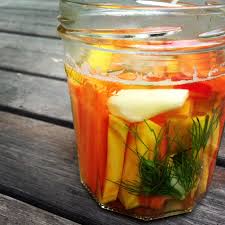 What is all the hype about fermentation? Perhaps, without even us realising it, the application of fermentation has taken a big leap from simply being a way for preserving food as back in ancient time (where it is the primary mean of preserving/storing food before the advent of modern refrigeration and freezing), then, as a mean to produce mouth-watering food (imagine cheese, yogurt, or even our very local - tempeh!), and finally over the years, progressing as a rather established scientifically-driven technology to produce commercially-valuable biotechnological products. Given the background, it is therefore the aim of Bioprocessing and Biomanufacturing Research Centre (BBRC), Faculty of Biotechnology and Biomolecular Sciences, Universiti Putra Malaysia, as a research centre that places its focus upon bioprocessing and biomanufacturing, via its ‘passion-unlocked’ manpower, to explore in all of the above aspects, and ultimately to be in line with the current landscape of fermentation applications. Furthermore, the centre's broad-ranging research works also attracts significant external funding from industrial and government sources.

In the current world, where a great emphasis on sustainable food production is placed, fermentation culture can be revived to be seen as the proposition for that purpose, in a way that food can be preserved, to prolong their self-life and to minimise waste. This is the most classic application of fermentation, where anything from grains, vegetables, milk etc. can be subjected to fermentation. Additionally, with the increasing negative perception of public on synthetic ingredients in food products, naturally-occurring food ingredients that are produced by fermentation can be utilised as an alternative to their chemical counterparts. In this regard, in BBRC, one of the works that can be highlighted is the production of bacteriocin (a proteinaceous compound produced by lactic acid bacteria - Pediococcus acidilacticii Kp10 to inhibit the growth of similar or closely related harmful bacterial strain(s)). Here, the objective is to look at the potential of the protein to be used for biopreservation, as a substitute for carcinogenic chemical preservatives, and finally to achieve public acceptance of processed food.

Rasullulah S.A.W. said: “The stomach is the home for all illnesses and abstinence is the head of every remedy.” (Narrated by Sahih Muslim). Coupled to many strong scientific evidences, it is an undeniable fact that the health of gastrointestinal system is crucial to overall well-being, or simply put, “when the gut is happy, we are happy." Basically, all sorts of health benefits can be associated with fermented foods, which include improving the balance between the beneficial and disease-causing bacteria in the gut, providing beneficial enzymes b-vitamins, and Omega-3 fatty acids (i.e., products of the sugar and starch degradation by the good bacteria), and facilitating digestion (as the foods have been “pre-digested”). Besides, fermented foods consumption is also now becoming a global food trend, like the celebrity-promoted Kombucha tea frenzy (as celebrities like Gwyneth Paltrow, Halle Berry, and Madonna have all been spotted drinking the immortal health elixir), Kimchi euphoria (a ‘spin-off’ from the global spread of Korean pop culture), just to name a few. This is boosted by a worldwide increased fascination on fermentation for the flavour (something like the extra zest from budu/tempoyak that tickle even the dullest palate of rice!) and nutritional values, or simply for the appreciation of a time-tested ancient technique honoured by the elders  - fermentation.  On the other hand, for some people, one problem that is slowing down the practice - the sourness of fermented food. Tempted by the healthy eating idea through fermented food consumption, but not being a fan of the sour taste? In the meantime, suffering from a saccharophobia (where you find the sight of sugar-added processed food absolutely terrifying)? This dilemma could change soon! To increase the palatability of fermented foods, the feasibility of using naturally-occuring sweeteners in fermented food is also being explored in BBRC. Amongst those, one that is gaining our attention is the sweet-modifying protein, miraculin, which is found in miracle fruit berries (the sight of the plant can be found at the BBRC’s compound). After consuming this glycoprotein, a sourly taste food such as apple cider, sour drinks, and yogurt will taste sweet as a result of the protein and tongue’s sweet receptors interaction. This natural product, interestingly, contains practically no calories and has a zero glycemic index. In fact, some of the miraculin-based product has been widely marketed in US and Japan. Basically, in BBRC, the focus is to develop novel extraction and purification methods for the miraculin, in conjunction with some of the aspects on protein properties and biochemical studies.

In addition, with the global biotechnology market value is expected to exceed USD 400 billion in 2017, fermentation technology is now becoming even more important. The role of fermentation has now goes beyond the scope of food and health, but also as a powerful biotechnological tool (the use of cell as a microbial factory) to produce biologics like enzymes, vaccines, recombinant therapeutic proteins or even living entities such as cells and tissues. So far, the production of various types of such products either by wild or recombinant strains have been extensively carried out in BBRC. Amongst the products of interest that deserve to be mentioned are industrially important enzymes - lipase, xylanase and protease, active pharmaceutical ingredient (API) - interferon by recombinant Escherichia coli, vaccine - gdhA derivative Pasteurella multocida B:2, probiotic - Pediococcus acidilacticii Kp10, cosmetic ingredient - kojic acid by Aspergillus spp, nutraceutical - Monacolin by Monascus purpureus FTC5391, and last but not least, food - yogurt and virgin coconut oil. Briefly, the research works comprehensively covered the important aspects of fermentation, for instance, strain isolation and improvement, media formulation and optimization, modes of fermenter operation and arrangment, and extractive fermentation. On top of that, bioprocess aspects such as kinetic analysis, mass transfer study, simulation and optimisation as well as process economic are also being emphasised. It is also the interest of BBRC to look at the feasibility of using advanced downstream processing methods like the novel chromatography-based techniques, the liquid-liquid extraction-based aqueous two-phase extraction (ATPE) etc. To cut a long story short, BBRC endeavour to provide solid blueprint for conducting the research in fermentation technology and its associated bioprocessing aspects.

Needless to say, the application of fermentation is enormous, ranging from preserving food and hence producing fermented foods that provide great health benefits, and even adding the extra zing and zest to meals at the conservative end of the advancement scale, to producing metabolites and biologics at the fanciful end. BBRC, as a research centre that has made fermentation a focus of attention, via its associated researchers' commitment and passion, will continue to represent innovative and advanced solutions for fermentation technology.

To conclude, the four words that perhaps best describe the hype of fermentation are: (1) food, (2) health, (3) biotechnology, and (4) trend. Maybe, it is not too much to ask now, to take in another one - BBRC.