﻿﻿ Choosing The Genetic Color Of A Child's Eye ?: Biotechnology Interaction, Value System And Fiqh Of The Future | FACULTY OF BIOTECHNOLOGY AND BIOMOLECULAR SCIENCES 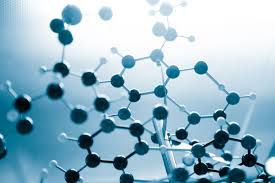 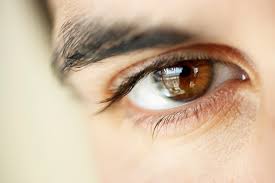 Imagine, the day before Zuckerberg wrote the first line of Facebook, a Muslim student was approached by some male friends whom he did not know much.

They said, "Can we ask for all your photos last week?"

"Eh, what do you want?" ask the student.

"We just want to see the nights when it's boring."

Most students in that situation will be uncomfortable. The value system within itself puts the request outside of the acceptance line. But, a decade later, the dominance of social media technology shifted the line of acceptance.

Today, many people are not only comfortable sharing pictures, but may also expect the pictures to be viewed and given likes by as many people as possible, including by men they do not know.

That example is not given to say technology is damaging to human values.Many other examples prove the virtues of virtually any type of technology.

The points here are the non-neutral technologies we consider. Technological reach affects the human value system changes. He diverts our acceptance line to something.

At the Faculty of Biotechnology and Biomolecular Sciences alone, there are many value changes related to biotechnology that should be proud of.

If there is a community member who assesses the virus only as a health foe, their perception will be changed by the Medical Biotechnology Research Group team that recruits viruses as soldiers in the fight against cancer.

CRISPR and the direction of change of value

The development of biotechnology most glorious this decade is CRISPR (called "krisper").

Imitate the way of defensive bacteria, scientists use the CRISPR to edit the genetic makeup of the organism - including the human embryo.

CRISPR is like the revolution that Air Asia brings into the field of aviation. In the past, genetic modifiers were exclusive to rich labs; it's a long and expensive process. CRISPR opens the access on a large scale, making genetic editing much cheaper and easier.

It devotes one thousand ideas of science fiction into reality.

This biotechnology allows us to rewrite the DNA sequence to stop disease and disability, even before the baby is born.

This genetically-enhanced children produces superior human subspecialty, which won all sports medals, ahead of all career and education competition. Effort and dedication no longer means that our fathers could not book genetic enhancement therapy before we were born.

But, what is the fault of parents giving the child an advantage if they can afford it? Where should the receiving line be?

The role of third expertise between fiqh and biotechnology

The discipline of fiqh is an intellectual solution that helps people put a line of acceptance on biotechnology applications. Quality fatwa income is important to protect the ummah from lashing into bloody crises due to social injustice.

But it has to be recognized, the fiqh scientists will not be able to pursue the acceleration of biotechnology development. Likewise, biotechnology is unable to dive into the ocean of complexity of the fiqh motion.

Therefore, there may be a need for fadhu kifayah to provide the ummah with the third expertise. These hybrid specialties need to master the scientific aspects of biotechnology, fiqh legalistic skills, and interactions both with discipline related philosophy, such as comparison of natural views (weltanschaaung), axiology and bioethical analysis.

Hopefully, with this effort, we liberate ourselves from the colonization of outside thinking that forms our value system based on their life's grip.

We will stand at its own feet, celebrating the intellectual property that comes from the diversity of religious and spiritual traditions of this country.